This week we have a very special guest for you, it has been my honour to be able to interview Dr. Peter Breggin.

Dr. Breggin is a Harvard-trained psychiatrist and former Consultant at the National Institute of Mental Health (NIMH). He has been called “The Conscience of Psychiatry” for his many decades of successful efforts to reform the mental health field.

His work provides the foundation for modern criticism of psychiatric diagnoses and drugs, and leads the way in promoting more caring and effective therapies. His research and educational projects have brought about major changes in the FDA-approved Full Prescribing Information or labels for dozens of antipsychotic and antidepressant drugs. He continues to educate the public and professions about the tragic psychiatric drugging of America’s children.

He has authored dozens of scientific articles and more than twenty books, including medical books and the bestsellers Toxic Psychiatry and Talking Back to Prozac. His most recent three books are Guilt, Shame and Anxiety: Understanding and Overcoming Negative Emotions; Medication Madness: the Role of Psychiatric Drugs in Cases of Violence, Suicide and Murder; and Psychiatric Drug Withdrawal: A Guide for Prescribers, Therapists, Patients and their Families.

As a medical-legal expert, Dr. Breggin has unprecedented and unique knowledge about how the pharmaceutical industry too often commits fraud in researching and marketing psychiatric drugs. He has testified many times in malpractice, product liability and criminal cases, often in relation to adverse drug effects and more occasionally electroshock and psychosurgery. A list of his trial testimony since 1985 is contained in the last section of his Resume on Dr. Breggin’s website.

Dr. Breggin has taught at many universities and has a private practice of psychiatry in Ithaca, New York.

For a career as long and distinguished as Dr. Breggin’s we have decided to devote two episodes to hearing him speak. This first part covers Dr. Breggin’s career, his views on psychiatry and psychiatric drugs and also recent developments with the trial involving Michelle Carter.

Part 2 of the interview will focus more on the trial and Dr. Breggin’s involvement.

Peter’s blogs on Mad in America:

The handwritten note from the DA to the Judge about stopping Dr. Breggin’s blog

Talking Back to Prozac

Medication Madness: the Role of Psychiatric Drugs in Cases of Violence, Suicide and Murder

Psychiatric Drug Withdrawal: A Guide for Prescribers, Therapists, Patients and their Families.

To get in touch with us via email: [email protected] 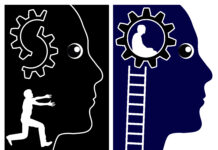 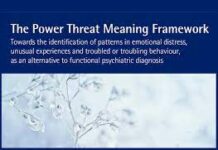